This stunning building is situated in Borsa in the region of Maramures, Romania.
It is a potential high profit investment property, its a large building completed on the exterior.
There is currently one apartment en-suite complete with furnishings, Plans for 27 other apartments are available.
The building itself has great potential to be developed into a hotel/nursing home/private hospital/retreat etc, the possibilities are endless!
This property is eligible for 200,000€ in European Funds for hospitality startups more information on this can be found here --
https://www.startupcafe.ro/finantari/fonduri-firme-2019-turism-pensiuni-restaurante.htm
Features/Facilities:
One Apartment with En-suite
Plans for 27 other apartments
Great Development Potential
7194m2 Land Area
About the Area:
Known as one of Romania’s highlight tourist destinations, the most traditional Romanian culture has been preserved in this town. The longest waterfall in Romania, Cascada Cailor is near this property. Also known for summer and winter sports, with a ski slope in the winter, hiking, paragliding, mountain sports in the summer!
Maramureș is a geographical, historical and cultural region in northern Romania and western Ukraine. It is situated on the northeastern Carpathians, along the upper Tisa River; it covers the Maramureș Depression and the surrounding Carpathian mountains.
Alternatively, the term Maramureș is also used for the Maramureș County of Romania, which contains the southern section of the historical region.
Maramureș is a valley enclosed by mountains Oaș, Gutâi, Țibleș and Rodnei (northern section of the Inner Eastern Carpathians) to the west and south, Maramureș Mountains and central section of the Outer Eastern Carpathians to the east and north, with a thin opening at Khust. Several dozen small mountain rivers and creeks flow into the river Tisa. It is forested and not easily accessible.
The limits of the region are between the parallels of 47°33' N and 40°02' N and the meridians of 23°15' E and 25°03' E. Maramureș represents one of the largest depressions in the Carpathians, covering an area of about 10,000 km².
Its length from Khust to Prislop Pass is about 150 km and width from North to South is up to 80 km.
The main mountain passes linking Maramureș with the neighboring regions are high and in the past were hardly accessible in the winter. Prislop Pass (1,414 m high) links the region in the east towards Moldavia, Dealul Ștefăniței (1,254 m) in the south towards Transylvania, Pintea Pass (987 m) towards Baia Mare, and Fărgău (587 m) in the west towards Oaș Country, while Frasini Pass (Yasinia; 931 m) links the region in the north to Galicia.
The mountains surrounding this region occupy more than half of the area. A few peaks reach above 2,000 m, such as Pietrosul (2,303 m) in the Rodnei Mountains to the south and Hovârla (2,061 m) in Muntele Negru (Cernahora) to the north.
The heavy forested mountains sustain many protected species of plants, such as yew (Taxus baccata), larch (Larix decidua), Swiss pine (Pinus cembra), edelweiss (Leontopodium alpinum); and animals, such as lynx (Lynx lynx), chamois (Rupicapra rupicapra), alpine marmot (Marmota marmota), golden eagle (Aquila chrysaetos), and capercaillie (Tetrao urogallus).
The last wisent from present-day Romania territory, a symbol of Maramureş, was hunted to extinction in 1852. Lostriţa, a local variety of salmon, still live in the mountain rivers.
Several protected areas have been created in Maramureș. Rodnei Mountains National Park was designated in 1930, Maramureș Mountains Natural Park in 2004, and there are many other caves, gorges, cliff formations, and lakes which are officially-protected areas.

Page views divided according to country of origin

Romania
Maramureş
Maramures
Add this graph to your website 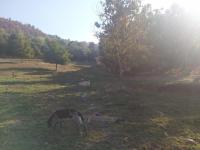 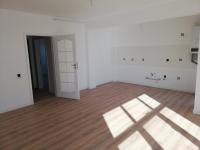 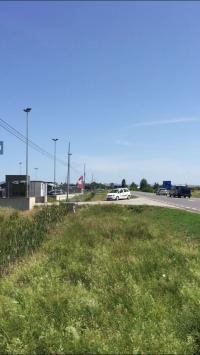 255,318.00USD
For sale
Villa
Romania, Maramureş, Firiza, Strada Principala
Why choose Realigro?
There are many reasons for choosing Realigro. We summarized them in this beautiful infographic
Free
and Premium Services Check out how easy it is to sell or find your home with our Free and Premium services
Professional Services Discover how to increase your business opportunities
Collaboration between Property portals Do you have a property portal with a nationwide focus? Publish your database on Realigro.
2005-2021 REALIGRO REAL ESTATE LTD. All Rights Reserved - VAT Nr: 893969932
Neikos Digital Agency
BB